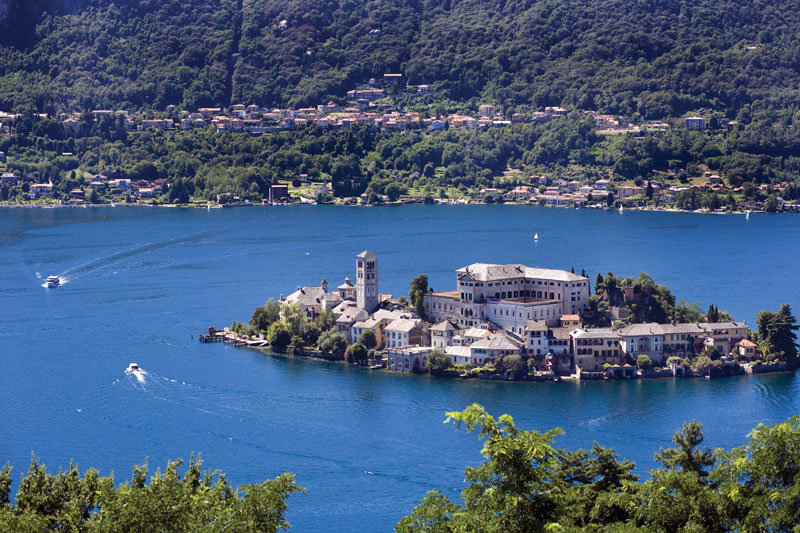 Piedmont, as well as being a fabulous mountain panorama ruccay region, is also very famous for its great lakes. Dinquesti we have one that between stories and legends fascinates young and old. This is Lake Orta. Along the shores of the lake, the village Orta San Giulio. The municipality of Orta San Giulio is divided into two distinct housing units, the village of Orta which is located along the eastern shore of Lake Orta and the Island of San Giulio, which emerges in the center of the lake right in front of the center of the village. As you can well imagine, the ‘shore’ country, Orta, is much larger than the village on the island and over the years it has been developing towards the hills where some peripheral hamlets arise.

ORTA SAN GIULIO EASY TO GET THERE

To get to Orta San Giulio just follow the road signs. Taking the highway it doesn’t take anything to get there. It is a very comfortable village to travel as well, given that on the outskirts of the village there are some parking areas where you can leave your car. Being a historic and picturesque village, know that the center of the village is in fact only passable by residents, but you will soon discover that what may seem like an inconvenience, instead becomes the particularity that makes Orta a village so peaceful and pleasant to visit. Before going down the streets, stop a few minutes higher than the roofs and look towards the lake, the Island of San Giulio is there, beautiful and evocative in all weather conditions, even when the fog envelops it.

VISIT THE BORGO OF ORTA

After going through the steps that are near the parking lots you will come straight to the heart of Orta. Although the inhabited center was rebuilt on the ruins of that ancient village, among its streets you can still grasp the structure that was given to it in the medieval period, a period of which some buildings still remain. One of the buildings worthy of mention on site is Villa Bossi, which can be accessed by passing a wrought iron door that overlooks the central street of the village.

This large residence has often been subjected to restoration and expansion carried out over the centuries by the various prestigious families who owned it. The currently visible facades have been modernized in the distant 1600s, although the villa has not always been so. Once it was divided into several buildings built very close to each other, but belonging to different families, only over time Villa Bossi assumes the current structure. You fell in love with Orta San Giulio